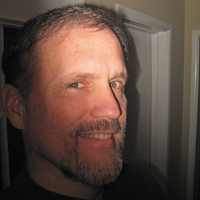 Phil Connor is a "seasoned" home-theater enthusiast. He has worked in every aspect of the industry, from sales to product design to installation. Phil saw the growth potential for the residential market well ahead of the curve, long before anyone was calling it “home” theater. An expert in home-theater design and performance, Phil been called in to consult on some of the most advanced home theater systems in America today. For Consumer Elecronic Advisory Group, Phil contributes on popular general article information and themes for the average consumer such as his popular technology comparisons like LCD TV vs. LED TV or Active 3D vs. Passive 3D.

Phil’s work has been featured in an array of A/V magazines and online publications such as the San Diego Union Tribune, CBS-Minnesota, Digital Journal. He has also been a featured expert for Denver’s Rocky Mountain News. Phil Connor came to the CEAG from Southern California, where he worked as a consultant for a leading home-theater design firm. Phil travels extensively and calls no place his home.