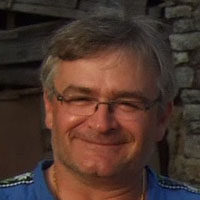 When it comes to visual display technology, few professionals have more experience and knowledge than Robert Wiley. Robert has been involved the industry since the late 90s and has watched the fixed-pixel TV market explode. Robert keeps in touch with industry insiders and frequently contributes to news articles and publications.

Robert wrote the first ever white paper critiques on plasma display panels in the U.S. when they first entered the U.S. Market. He has been writing and editing for CEAG Inc. since year 2000.

But what really interests Robert is the technology itself. "It's the science of television that is so fascinating," he says. "The behind-the-scenes-stuff is what matters, not the specifications the manufacturers are feeding us."

Robert Wiley came to CEAG Inc. after completing his graduate work at Massachusetts Institute of Technology in Cambridge, MA. He is an ISF calibration instructor and lives and works in Atlanta, GA.