[an error occurred while processing this directive] 2010 TV Fact Sheet

Nielsen, the company that computes ratings for television and radio shows amongst other things, recently released it's 2010 Media Fact Sheet and we wanted to pass along some of the TV related numbers we found interesting. 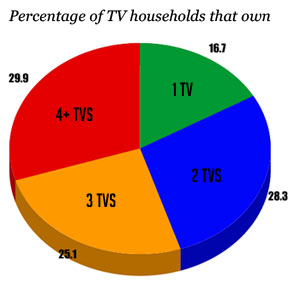