[an error occurred while processing this directive] Considerations when Buying an LED Television, What to Look for

Considerations when Buying an LED Television, What to Look for 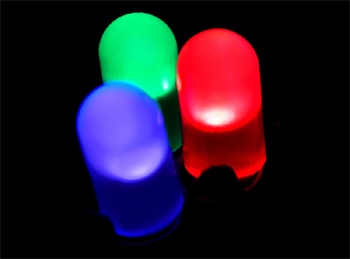 This is less of a problem in local dimming LEDs and has always been more of a problem with LCD televisions than it has with plasmas but it can be a real issue with edge lit LED TVs. You can see this problem for yourself by displaying a static, medium gray image on the screen. We keep one on a USB thumb drive for easy testing when we review TVs, you could do the same and take it with you when you are shopping for a television.

Uneven back lighting causes hot and dim spots on screen where some areas are lit better than others. Using he gray image mentioned above this shows up a streaks or spots of light on the screen. On a TV with perfect back lighting or on a plasma this image shows up as the uniform gray that it actually is. We've seen some edge lit LED TVs where you can see each individual light bank around the edges of the screen and it displays a crosshatch pattern.

This problem doesn't have an enormous effect for the average viewer but most will notice some areas of the screen show less detail during dark scenes, it is the kind of thing that a discerning videophile will notice.

"Expect to pay a premium for local dimming LED"

Depending upon the manufacturer and model, LED TVs can have contrast degradation at angles starting at 25 degrees and progressing from there. This causes black levels to look washed out and a hazy look to come over the screen. The screen and images are still visible, but contrast is such an integral part of TV picture performance that this deficiency is definitely worth noting. Some LED TVs with local dimming backlighting may generally perform better in this area. Edge lit LED TVs will have a harder time maintaining contrast and black levels at side viewing angles. Plasma TVs generally do not have this issue do to every plasma cell being lit. This is an area we think will be improved upon in the future. Keep informed about it by reading our individual LED TV Reviews. there are always notes about side angle viewing in the Picture Quality section of our reviews.

LED back lighting allows for extremely thin construction (edge lit LEDs), truer whites in many cases and better contrast, especially for local dimming LED screen but by using an LCD panel they inherit the motion blur, off angle viewing and black level problems of the parent technology.