[an error occurred while processing this directive] Android TV; Google Smart TV; What is it?

Several manufacturers including Sony and Sharp are touting the new Android TV operating systems on their TVs for this year. The new Google Android Smart TV allows them to give up the Smart TV and Apps function to a company that does it better. The new Android TV system is fast, has excellent voice search function, and allows plenty of options through the Google Play alternatives. The computer chips and processors inside TVs were never able to produce the speed necessary for good Smart TV functionality. The Android TV OS is located in the cloud, thus does not tax the TVs processing much. The Android TV system promised plenty of Apps, especially in Gaming. The voice search features works well for searches of all kinds, but you will have enable the Google Play alternatives with your Google ID in order to purchase movies through the system. Google Cast allows you to show movies, pictures, and TV shows from your IOS or Android based smartphone or from a laptop. We suspect the best use of Google Play will be games. 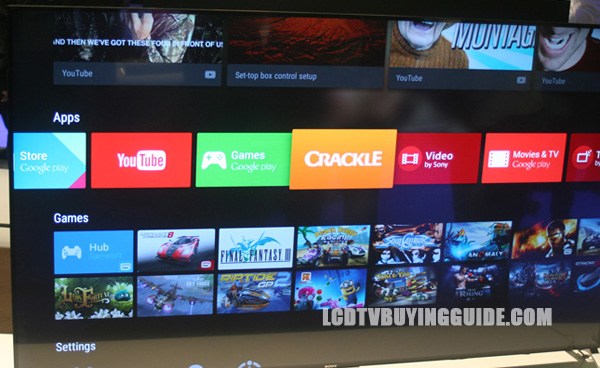 The selection of apps on Android TV is impressive. Most of the services have good content to offer

Google TV has been out for awhile now but it is really only starting to catch on. Sony was the first of the television manufacturer's to adopt the search giant's TV platform but in 2012 we will see Google TV on models from Samsung, LG, Vizio as well as Sony. Internet connectivity on TVs continues to mature and no longer feels like a gimmick, services like Netflix and VuDu stream movies directly to your television and there are plenty of useful and fun apps available on connected TVs from most manufacturers.

What is Android TV? 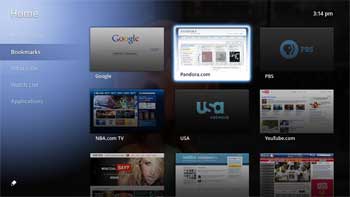 So what is Google TV? Google TV is an operating system for your television. It is integrated into the menu system of your television and the interface will be instantly recognizable to smartphone owners. Android phone owners especially since Google TV runs on the Honeycomb 3.1 of Google's android operating system. Colorful icons represent your choices and all Google TV equipped televisions come with a special remote that handles all the normal TV watching functions like changing channels or volume and also contains a full QWERTY keyboard and special keys for access things like the home menu, android marketplace and controlling the mouse pointer. The remote is a bit bulky and requires two hands to use but it does have all the functionality you need for interacting with a Google TV equipped television. 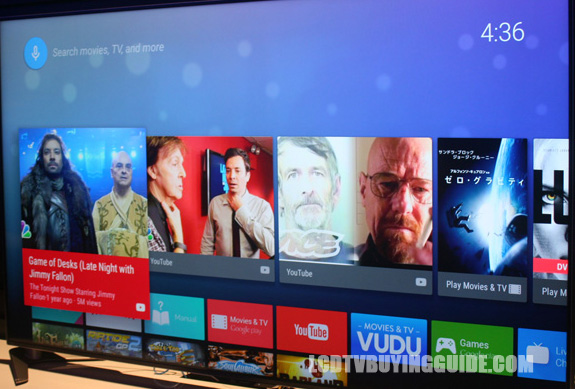 Since it comes from Google you would expect Google TV to have robust search functionality and it does. You can search for a movie or TV show by title and Google TV will display all the available locations to watch it from such as websites or streaming services. You can also browse content by category, browse for comedy and see a list of shows you can watch immediately, some free some from pay services.

Android Apps on your TV

New for 2012 in Google TV is the Android Marketplace, Android smartphone users will recognize this at once as it is the place where you get all those wonderful apps for your phone. Now you can use the same store to get apps for your television. Any app that works on Android 3.1 will work on Google TV equipped televisions provided it doesn't need special hardware (touch screen) or software (GPS). Apps like Netflix, Youtube, The Wall Street Journal and more are available to download directly to your TV. As more app developers see the benefit of their app on a bigger screen and as more Google TV equipped televisions are purchased expect to see the number of apps available for download soar, just like they have on Android smartphones.

Browse the Web with Chrome 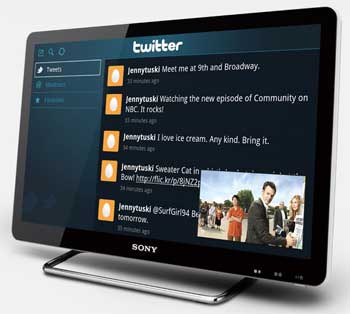 Google TV also includes the Google Chrome web browser, combined with the QWERTY remote this makes surfing the web on your television nearly as easy as it is on a desktop or notebook computer. The Chrome browser in Google TV supports Flash 10.1 so you can even view Flash enabled websites on your TV.

Another cool feature is the remote app you can download for both Android phones and the iPhone, with this app you can use your phone as the TV remote and since Google TV and Android phones share the same operating system we expect to see much more cross platform functionality in the near future.

Google TV is probably the most thorough attempt to bring the internet to your living room, something manufacturers have been trying to do successfully since WebTV debuted many years ago. With the online functionality being completely incorporated in the television it appears to be the closest to a successful merger it has ever been and we expect Google TV to keep pushing the boundaries to bring the two closer than ever.