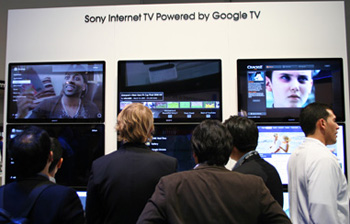 A subset of BRAVIA Internet Video is the BRAVIA Internet Widgets, which are information screens for news, sports scores, social media updates and more that appear directly on the Sony BRAVIA HDTV series. Users can customize the widgets to show, for instance, local weather reports.

The Sony Qriocity platform gives users direct access to the latest movie releases and select favorites from every major movie studio. Once signed up to the Qriocity service, users can enjoy watching material from any Sony device. Given Sony's history of devices like the Walkman, it's no surprise that Sony has plans to add music to their Qriocity lineup. Users can upload their own personal music library, have access to millions more songs through any Sony device and hear new music based on their listening history. Music videos on demand will be another important component of the Qriocity offering.