[an error occurred while processing this directive] Best TV Deals 2018/2019 for 4K, LED

by Robert Wiley (with input from Jack Burden and Phil Conner)


Following are our reviewers top finds for this year based on Cheapest Price/Reliable Product/Acceptable Quality. There is always that rental house, or extra bedrooms or prizes or other reasons to buy TVs that do not rip the wallet apart as many do these days. We done the research to find you the best deals out there if you're looking to go low.

How about 70 inches of screen size for under $2000? That's what you get from this incredible deal from Samsung. Comes complete with Smart TV, 4K resolution, and some HDR capability.

This TCL doesnt have the best picture quality. Blacks are somewhat milky, but it does have the best Smart TV menu and options with its Roku Smart TV inclusion. 55 inches for $499

You can get all the top of the line features, including picture in picture screen design, 4K, a top of the line Smart Remote with voice control, HDR enhanced capability, and the kitchen sink for $1447. Oh, I forgot the 60 inch size.

For $800 this LG has tons of great features and is preferred for side angle viewing due to its IPS panel.

This Vizio has normal HD resolution but that's all you need for 39 inches really. Great price of $249 comes with Smart TV features.

Vizio's entry level lineup of LED TVs has seen a pretty hefty upgrade for 2014, but the price is still one of the standout features. The E320i-B2 has full-array LED backligting for enhanced contrast and uniformity. The 32 inch size does not feature the active dimming seen on larger sets. Vizio Internet Apps Plus is also included in the E series for the first time.

The UN32H5500 LED TV is a direct replacement of the F5500 series from last year. The biggest improvements are under the hood. Mainly, the quad core processor driving the smart TV features. This is a big jump in computing power and it really shows when navigating around the Samsung Smart Hub that we like so much. Everything else is pretty much the same as last year, making this a pretty solid value option. It is very similar to the H6350 series above it minus the 120Hz refresh rate on the panel.

A bright and colorful picture is the highlight of the Sharp LC-60EQ10U LED TV. The Quattron color technology adds yellow subpixels to the basic red, blue, green format to get even more color possibilities out of the display. Much more accurate color is the result. The 60EQ10 is an excellent performer in a bright room viewing situations.

Color rendition is realistic and not over saturated from the Custom picture setting. The TV calibrated near D6500K even though there is only a 2 point white balance control setting on this TV. The custom setting is set fairly close to D6500 from the start so you really only need some minor tweaks to get there.

The 39LB5800 goes pretty light on the picture quality features, but that is a trade-off for keeping the cost down. The LB5800 is really aimed at shoppers looking to score a deal for a decent sized LED backlit TV. Since it is a backlit TV we see good levels of brightness and contrast.

Black levels are more saturated than we saw last year, and the TV certainly has plenty of brightness in whites. Active Pixel Tuning helps even further by addressing contrast issues at the pixel level for stronger brights and darks. The Black Detail option is one that we found particularly useful in getting the best picture.

A 28 inch screen really doesn't need a 1080p resolution unless it is going to be acting as a computer monitor. The main reason is that most broadcasts and video games are still 720p. It is beginning to change but that won't render the TV useless by any means. The 60Hz refresh rate seems a little low, but it surely keeps the cost down on this one.

The Vizio E600i-B3 is an excellent choice for the entery level E series thanks to more zones for the Active LED Local Dimming. The 60 inch features 16 active zones while the 55 inch only has 12.

The LC-70LE650U is particularly good is from front and center in brightly lit rooms with lots of windows or lighting. The LED backlighting provides very good brightness and color accuracy is pretty strong. HD sports action looks good despite the lack of depth.

When it comes to 720p plasma TVs it does not really matter whether you go with LG, Panasonic, or Samsung they are all about the same in quality. But the LG 42PA4500 has a more modest price at between $450 and $550. Dont let 720p resolution put you off too much. Most of your Cable or DirecTV incoming HD channels are being broadcast in something similar rather than true 1080p. That price is a heck of a deal on a proven technology from a world class manufacturer. This is a very modern looking TV with a .6 inch framing bezel and only 2.3 inches in depth which is well below the TCL LED listed above. 720P resolution is all you really need in a smaller TV. This TV will look better in rooms with darker lighting. It may look dim in brightly lit rooms.

Walmart and ABT online have this very good Panasonic plasma on sale for less than seven bills. It actually came in with an Overall Rating of 8.3 out of 10 in our review. Basically, the TC-P50U50 gets things right from a budget perspective. I would rather have a 1080p, good picture panel without 3D than a 720p panel with 3D and a lousy picture quality. There's not much that can compete when you forego 3D and Smart TV. The LG 50PA6500 is much dimmer and does not have the color capability (post calibration) of the U50, but it's priced the same at around $699 and is 1080p. That 2.5 inch depth is also impressive.

Although not as good a picture as the Panasonic listed above, you have to take notice of that incredible price. Again, the 720p is somewhat of a drawback here due to the larger 50 inch size. But if you are watching HD mainly from Cable or Netflix you will not notice much difference. It's got Triple XD Engine processing just like the higher end LG plasma TVs for 2012/2013.

On a 32 inch TV 1080p is not needed anyway. This outstanding little model from Toshiba boasts good solid picture quality and an updated sound system from Audessey. Since you are likely to use the speakers on the TV from a 32” Unit dont overlook the importance of a decent sound quality. Walmart online through our link has a deal on this TV at $238! Black levels on the Toshiba 32C120U are satisfactory for a television in this price range and color performance solid. 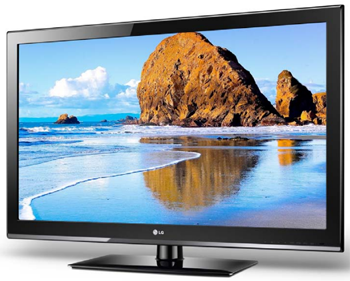 This is another great 32 inch choice with which you will not be disappointed. The 32SC460 has sharp looking lines and is a quality TV even though its just 720p resolution. It has traditional CCFL flourescent backlighting rather than LED. Side angle viewing isn't a strong point in most LCD televisions but LG has outperformed the competition in this regard. The area in front of the screen where the picture retains it's full contrast and color is wider in the CS560 than in most of its competitiors.

In the 60 inch size area we do not recommend the 720p resolution plasma or LCD TVs. This is a great deal for one of the best picture quality TVs in the market (similar to upper end E6500). It also has 3D compatibility as well as Smart TV features and built in Wifi. The Smart Hub feature with Internet options is a new feature to this TV as well. Overall, it's a value low priced play with some extras. It doesnt have the refined looks of the best 2012 TVs, but it would have looked darn good 2 years ago when all we saw was black shiny gloss plastic bezels. These lower end Samsung plasma TVs have gotten very good-looking.

At $635 this LCD CCFL flourescent backlit TV gives you some good value. There is not much to choose from in this size category. Side angle viewing isn't a strong point in most LCD televisions but LG has outperformed the competition in this regard. The area in front of the screen where the picture retains it's full contrast and color is wider in the CS570 than in most of its competitiors. There is one major upgrade in this TV and that is the 120Hz refresh rate which helps with fast action.

While it does not really have any standout features, this will be a reliable TV over time. It's full HD 1080p and the total depth is 3.1 inches. Audio quality is pretty good for an inexpensive value offering like this. Note: Best Picture feature: Clear Motion Rate from Samsung. Even though it is rated a 60Hz panel, the CMR technology provides a nice smooth flow of on-screen images even during fast action. Worst Picture Feature: Side angle viewing – blacks and contrast degrade starting at around 25 degrees.