Vizio's LCD HDTV #1 claims can be misleading or misunderstood in the TV marketplace. Is this what the company is hoping for?

Of late, Vizio has been advertising itself as, "America's #1 LCD HDTV Company" both in print and on television ads. In my opinion this claim is misleading to the general public. Frankly, the claim is somewhat offensive to us who consider ourselves knowledgeable about the TV marketplace. In a few quarters in 2009 Vizio did ship the largest number of LCD TVs in unit sales according to research firm iSuppli. However, in the 4th quarter of 2009 that title went back to Samsung (also according to iSuppli). The most important discrepancy to note is the difference between unit sales and total revenues from sales. Would you rather sell 300 peanuts for .50 each or 200 bags of peanuts for $20 each? The choice is simple, and there to point out that unit sales are not as important as total $ sales. 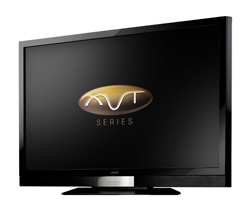 The reason for the discrepancy in results when comparing is that unit sales can be comprised of smaller, cheaper TVs while total sales volume takes into account total dollar intake from all TV sales (or even total sales volume for TVs over a certain size due to the fact that margins are usually much lower on smaller TVs.) One of Vizio's top selling models is a 19" LCD TVs selling for $249.00 (on Costco's web site as of this writing). As well, though Vizio has expanded their larger TV offerings, the majority of Vizio LCD TV offerings currently on the market are under 40" in size*. There are currently 7 Vizio TV models of 32" or smaller on Costco's web site.

A second more minor issue exists with the company's claims as "America's TV Company" while stating in a recent PR release, "surpassing all foreign TV brands." This comment may confuse people to believe that Vizio TVs are Made in America while all other TV company's are intruding "foreign brands." While it's true Vizio's headquarters is located in Irvine, CA, the XVT472SV we just tested clearly states, "MADE IN CHINA" on the back of the TV. We'll check to see if Vizio is actually manufacturing any of the TVs in America and update this article with the result.