Samsung's CES booth was dominated in the front by Huge 4K UHD TVs. These were encased in large black frames. One or two were 110 inches. The picture quality on these varied a lot depending on whether it was showing 4K content or up-converting 1080p content (which was still impressive). There were several side booths set up to show how Samsung is obtaining better picture quality engineering techniques on their 4K UHD TVs. The size was quite impressive but from side viewing angles I though I detected some pretty severe contrast degradation on these TVs. 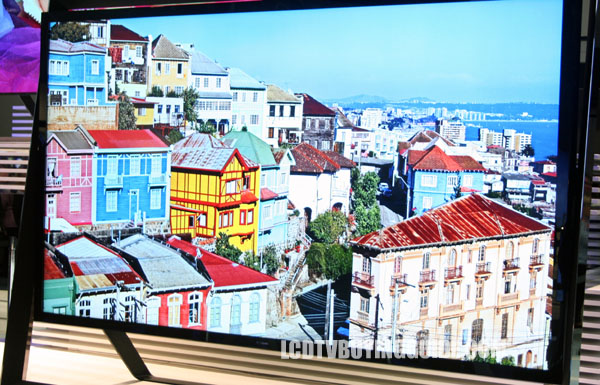 There was also a nice sized dedicated OLED TV section with self emitting RGB technology. The black levels produced are astounding. There was one display where viewers could test a joint-view active 3D OLED TV display where side to side viewers can see very different content on the screen at the same time. The call this “multi-view 3D” capability. It sends active 3D 1080p to each eye and it worked well. I dont know how useful such a feature is, but it worked well nonetheless. 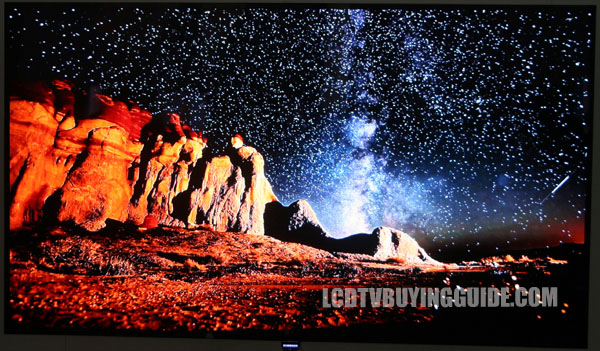 This shot demonstrates the contrast range OLEDs are capable of. Samsung's OLED TV is particularly striking

Samsung announced that they are hoping for end 1st Half of 2013 to ship their OLED and UHD 4K TVs.

Samsung had a very nice plasma TV display for its PN60F8500 top of the line plasma TV for 2013 which showed some remarkable improvement in both black levels at 4 times prior levels and also peak white and brighness levels – now equaling their best LED TVs in contrast ratio. PN64F8500, PN51F8500. 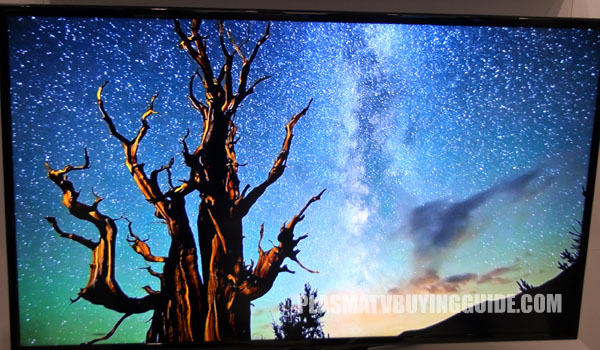 The F5500 plasma is the middle of the road offering for 2013/2014. For a mid tier plasma, the black levels and contrast are exceptional

Samsung's LED TV offerings were an extension of 2012's excellent offerings in terms of both styling and quality much like LG. Their top end UN55F8000 and UN60F7500 flagship LED models have a retractable camera and a remote control with voice interaction which works well for certain types of functions. 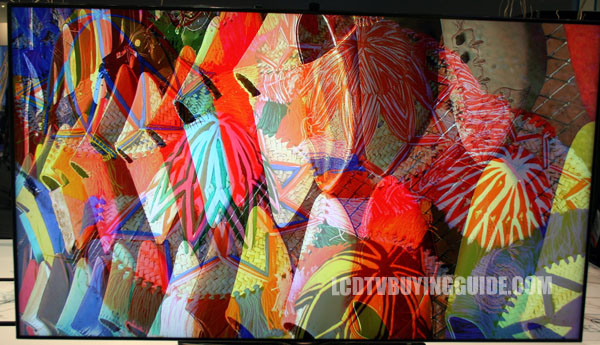 This shot from the F7500 LED TV displays fantastic color rendition. Clarity and sharpness are strong suites demonstrated in this picture as well