Toshiba did not have much in the way of OLED TVs just some small displays showing how OLED screens can bend. The differentiating display they do have is their Multiparalax passive glasses-free 3D display technology which is much improved from last year and easily enjoyable – at least with the animated content they provided. 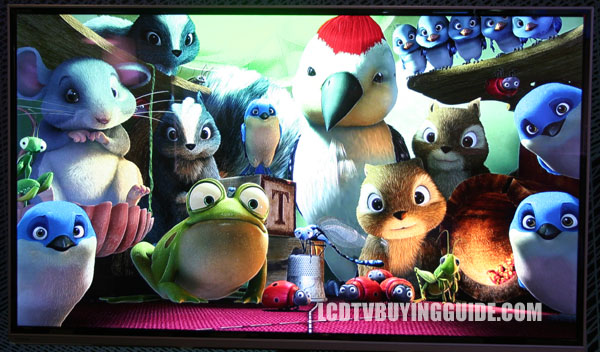 They also showed the L9300 series UHD 4K LED TVs in comparison to a normal 1080p LED TV display. A weakness we noted was side angle viewing contrast degrading. They stated that they are shipping 3 sizes of this TV in Summer 2013.

Notably missing from their booth at CES 2013: Passive 3D viewing stations and not much on OLED.